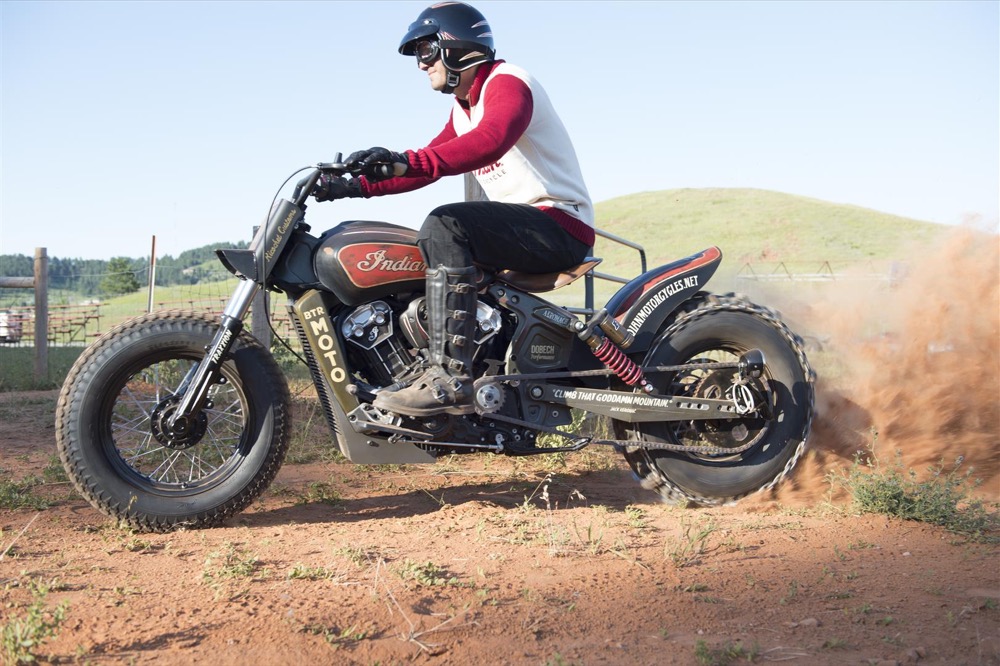 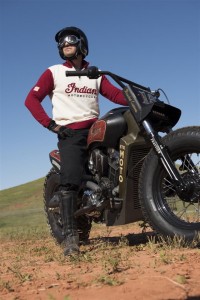 Indian Motorcycle continues its run of bikes in the Custom Scout Series with the ‘Black Hills Beast’ â€“ built by Doug Siddins and Nick Jaquez from IndianMotorcycles.net, Sturgis.

The Black Hills Beast is a 2015 Indian Scout and customised to emulate historic hill climb motorcycles. It was put on show at the Sturgis Rally (in the Black Hills, hence the name) in August.

Indian Motorcycle put a call in to Doug and Nick with a simple brief: “Build us a hill climber”.

“Building this bike was sort of easy and sort of a challenge,” says Doug Siddins. “Enthusiasts know what a hill climber looks like, so some of the mods were logical, but scaling them to fit the new Scout was the key and took a lot of work. We are proud of the overall effect and know that the bike was a hit in Sturgis for its important 75th anniversary.”

Doug and Nick took a standard Scout and transformed it into the ‘Black Hills Beast’ by extending the swingarm, adding chunky tyres (with bike chains for extra grip), a set of custom handlebars and a custom exhaust. Work started on the exhaust first, then on the swingarm and handlebars. The front race plate incorporates an LED headlight. Some official Indian Motorcycle accessories were used too, including the 1920 Solo Saddle Seat and a set of the Accessory Laced Wheels.

“We settled in on the design quickly,” explains Nick Jaquez. “But none of it would have worked out without the assistance of our suppliers and partners in this build. We cranked on it for a month and tossed out a few bits along the way. I do feel like we delivered one cool machine and it was a blast getting it dirty too.” 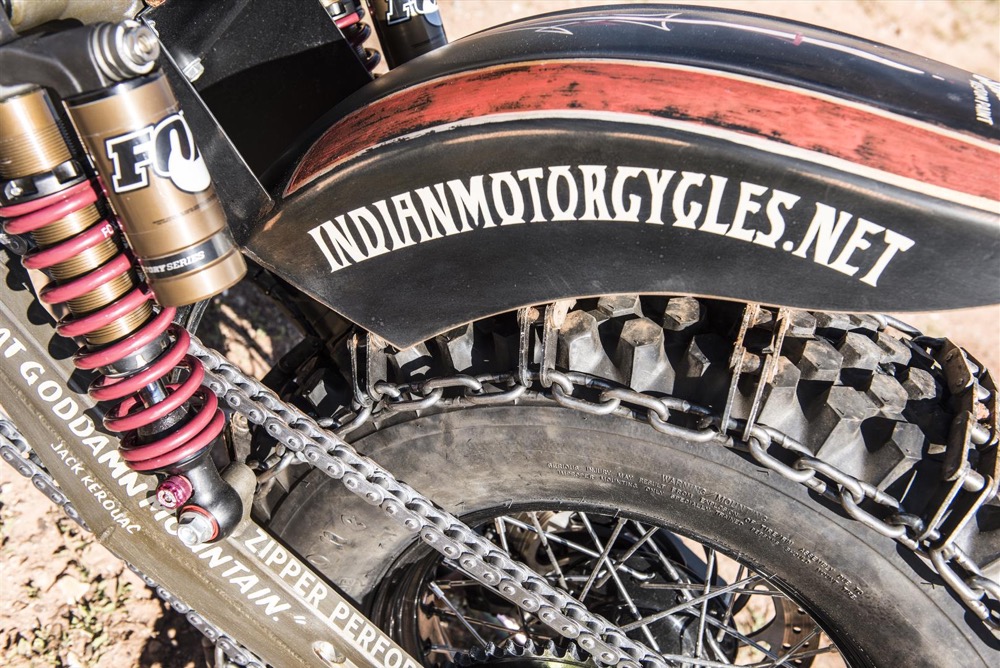 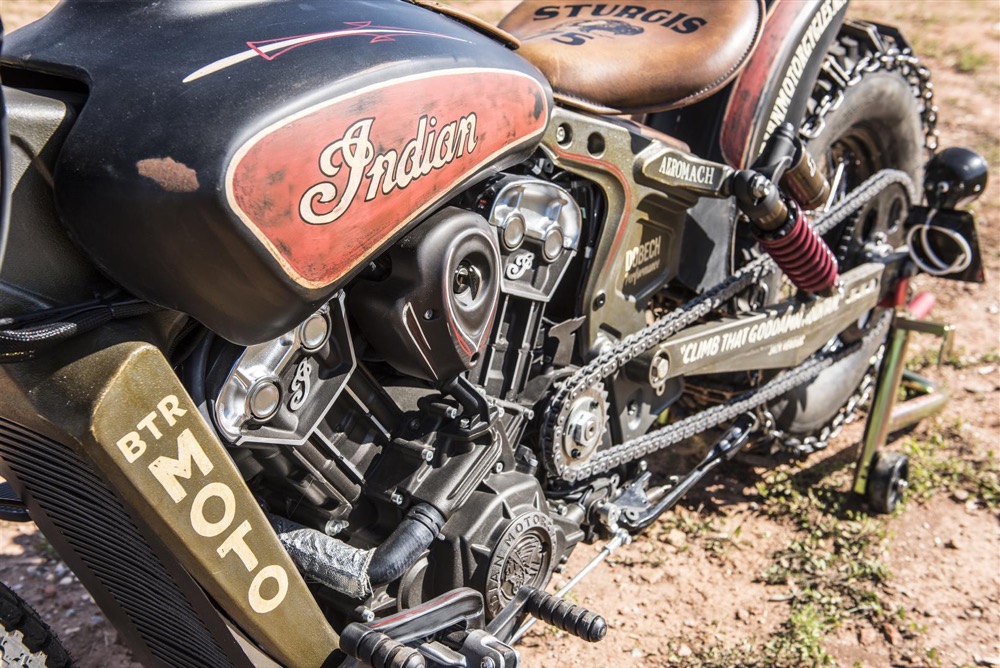